I Took Our Baby to Disneyland. Alone.

When my daughter Adele was six months old and I was tasked with looking after her for a day, I did what any responsible father would do. I took her to Disneyland.

That was the first time I would be alone with our baby for a whole day to look after her so I wanted to get it right. No sitting around and getting ready for her next eat, play, sleep cycle. We would be doing all that at the Happiest Place on Earth.

I packed up the diaper bag, some sun screen, formula, and, well, my wife actually packed up everything for me.

“Are you really taking her to Disneyland?” she asked with a raised eyebrow.

If you see a loud show, make sure to protect your baby’s ears.

What child, in this case baby, would not want a day at Disneyland if she had the cognitive skills to choose? Sure, she would remember none of it but I had read somewhere that experiences like this would help stimulate her neurons. I was on a mission to build her brain. You’re welcome, daughter.

The first thing I discovered was how challenging it was to fold up a stroller while holding a baby and a diaper bag while I attempted to grab a seat on the tram. My years at the gym gave me a slight advantage. Still, the tourists wore mild looks of concern as I juggled doing everything while unlatching the tram door. An older woman leaned over to help and I was grateful.

As the tram rolled toward the entrance, I held baby Adele in my arms and told her she’d get to meet Mickey Mouse. I took her blinking eyes as a sign of enthusiasm. I decided to avoid the princesses on this trip. I didn’t want Adele feeling self-conscious in her drool-stained onesie next to their sparkling gowns. I was sensitive that way.

It’s a Small World is a great ride for babies.

When we entered the park, I stumbled upon the Baby Center. In all my years visiting the park as a single person, I had never noticed this little gem of a building. They stationed a cast member near the entrance who looked like the grandma you’d always longed for. She greeted us with a kind smile and told me about their changing areas, places where I could feed Adele, and the private breast feeding area which was not actually for me. I picked up Adele to bring her to the changing area and promptly walked into that breast feeding area before realizing I went the wrong way. It was empty so embarrassment avoided.

I later discovered California Adventure has their own Baby Center as well, but it’s dressed up less like your backwoods grandmother’s home and more like what a modern grandmother would prefer. Both places were a welcome relief from the crazy crowds and heat. They also sold diapers and formula.

Adele wasn’t tall enough for Space Mountain and I deemed the Haunted Mansion to be too scary for her delicate imagination. Instead, we settled for calm rides like The Many Adventures of Winnie the Pooh which generated looks of wide eyed wonder throughout. We also managed to fly over the streets of London on the Peter Pan Ride, as well as float through It’s a Small World. I also took her to see a few shows and the parade but made sure her ears were protected from the volume.

When she finally got to meet Mickey Mouse, she was most fascinated by his big bulbous nose. It probably reminder her of one of her toys. She tried to chew it.

Throughout the day, Adele mostly wore a look that read, “Is this for real?” as we traipsed from one experience to the next. Getting her to smile for a picture turned out to be impossible. I’m guessing her brain was too busy growing.

By the time she turned one year old she had visited Disneyland a few times. I myself ventured there every week to work on my novel and each time I did, I made a mental note of what Adele might enjoy experiencing on her next trip. She’s now four years old and whenever I ask her, “What did you dream about last night?” she most frequently tells me, “Disneyland.”

Have you had experiences bringing a young one to Disneyland? Let me know your tips in the comments below. 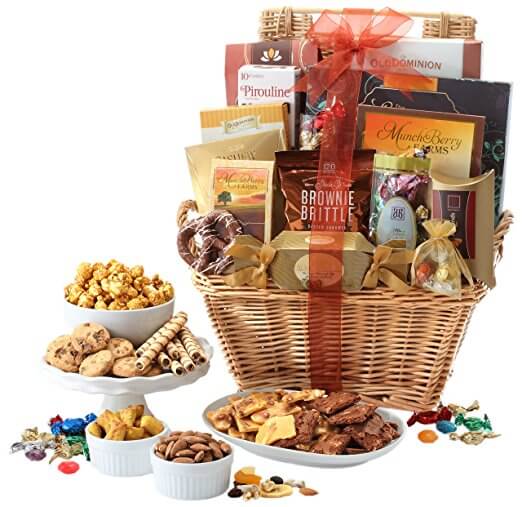